Significance and history behind Tirumala Brahmotsavams

What to know about Tirumala Brahmotsavams 2020?

It is a 9-day festival celebration of Lord Venkateshwara, which starts on the 19th of September, 2020, that falls on Saturday.

The morning begins with Dwajarohana, raising the Garuda Flag, which signifies the beginning of the festival. The same day night, we can see Lord Venkateshwara taking processions on a large seven-headed Adisesha Vahana.

In the morning, Swami appears on a small five-headed Adisesha Vahana and takes processions. Similarly, in the night, it is Hamsa Vahana in which you can see Lord Venkateshwara sitting on Hamsa, the swan, and taking processions.

The third morning begins with the Lord Venkateshwara appearing as gigantic and courageous in Simha Vahana, the Lion, and takes processions. The day ends with the Swami appearing on Muthyapu Pandiri Vahana, decorated with colorful and fragrant flowers.

The morning starts with the Swami taking processions in the amazing Kalpa Vriksha Vahana. Kalpa Vriksham is a tree that is believed to give unlimited money. You should definitely have more than two eyes to see the shine of both Vahana and Swami. Now at the end of the day, we can see the Lord in Sarva Bhoopala Vahana. In this Vahana, the chariot appears like the decoration inside the Garbagudi of the main idol.

Now we move to the fifth day morning to see Swami in Mohini Avataram. Mohini is the Hindu Goddess and the only female avatar of Lord Vishnu. Therefore, Lord Venkateshwara takes processions in this avatar for devotees. The same day ends with the Swami taking processions in Garuda Vahana, which has a giant Garudas carrying Swami in front of the chariot.

On the sixth day morning, it is Hanumantha Vahana, Swarna Ratha. On this day, Swami takes processions in Anjaneya swami Vahana on a Golden chariot, and in the night time, he takes caravans in Gaja (Elephant) Vahana in front.

Here comes the seventh day morning where you can see Utsava Swami in Surya Prabha Vahana. This Vahana resembles the shape of the Sun in the front, and the sun rays are decorated with long clothes at the back. Since in the day he was traveling on the Sun, in the night, he takes processions in Chandra Prabha Vahana, i.e., the Moon.

On the eighth day morning, we have Rathotsavam. This day is celebrated grandly since Lord Venkateshwara sits on top of the gigantic chariot. Devotees pull the chariot with all their strength and devotion for taking God to processions. The same day night, Swami takes caravans in Aswa (horse) Vahanam, which looks delightful.

On the final day of Brahmotsavams, we can see Lord Venkateshwara in Pallaki Utsavam; Swami goes for processions in a wooden chariot decorated with all flowers like how a king/queen takes processions to temples or any place in their country. The Brahmotsavams for Swami ends with Chakrasnanam (Dwajarohanam), the same day night. Swami is taken to Pushkarani, the temple pond, for a bath and returns to the temple in his original condition how he was, before carrying him out for processions.

This is how Brahmotsavams happen in Tirumala every year, which also has Dussehra Brahmotsavams in parallel for Goddess Padamvathi. Hope this blog was informative and useful to you. Keep reading our blogs for more info about Tirumala and its fame. 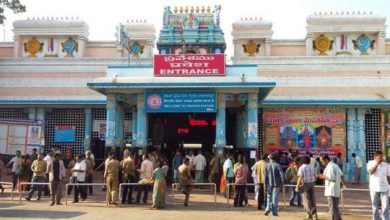 How to reach Tirumala by Train from Mumbai? 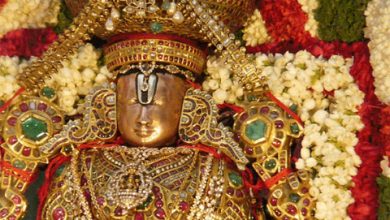 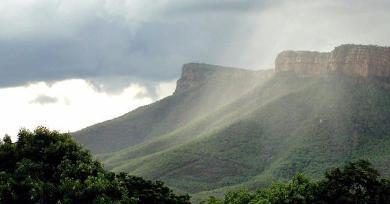 The 7 Hills of Tirumala – About Tirumala Hills 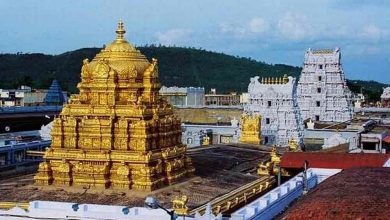